Letter to the Editor

Re: My Coming Out Story – 40 Years in the Making, Ottawa Citizen editorial, Mayor Jim Watson
August 17, 2019

We read with interest and recognition Mayor Watson’s moving testimony on his personal journey a gay man. Coming out as a guy who is into guys, even today with all ‎the legal recognition and social advances, is still a challenging step for many. Unfortunately for some gay, bi, Two-Spirit, queer, and other guys who are into guys, both cis and trans (GBT2Q), even in Ottawa, it can be ostracising and dangerous, in particular for those at the intersection of multiple inequities. And for others in too many countries across the world, as the Mayor rightly points out, it is life-threatening.

For those men who came of age in the 1970s, as did Mayor Watson and one of the co-signatories (below),‎ the lack of role models, references and connections to other gay boys and men must seem from another, darker age. The Mayor eloquently and movingly details the often silent pervasiveness of the closet over those decades. Yet ample research studies are now showing that today’s GBT2Q youth and adults still experience, even in the most permissive countries,‎ a startling degree of ‘minority stress’, leading to poorer health and life outcomes overall.

This is why the Mayor should be proud not only of taking this important step personally, but as the leader of a city with Ontario’s first stand-alone organization supporting the health and wellness of guys into guys, MAX Ottawa, and only the third In Canada. MAX Ottawa, launched in 2015, is on the ground in the Ottawa region, reaching out to guys into guys where they meet and socialize, raising awareness, providing prevention and education materials, and getting them connected to information and resources. MAX offers individual, group, and community support and education services by and for guys into guys in the Ottawa region. We work closely with all levels of government, including the City of Ottawa, Ottawa Public Health, foundations, the private sector and community partners.

For those guys into‎ guys making life transitions, whether as a young guy coming out of the closet to family and friends or a refugee or newcomer arriving in Ottawa, or as a middle-aged guy wanting to connect not online but in-person with other guys or a GBT2Q elder wondering about how to continue to serve his community, MAX Ottawa is working to create personal supports and safe spaces to connect.

We wish the Mayor and all our communities in the region a happy Capital Pride Week, and look forward to our ongoing work together to build a city of health and wellness for guys into guys. 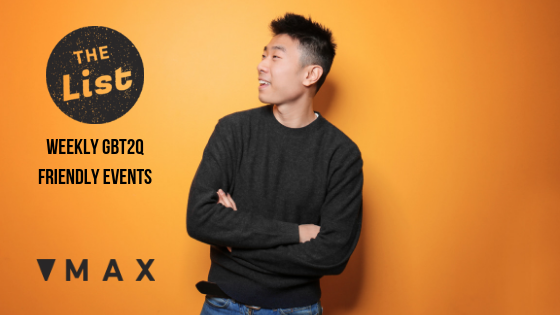